Boy, 17, is shot dead just three blocks away from the intersection where George Floyd was killed

By Ralph R. Ortega For Dailymail.com

A 17-year-old boy was fatally shot Thursday only three blocks from the intersection where George Floyd was killed in Minneapolis.

The youth was shot by a man who fled on foot just after 6pm near East 35 Street and Chicago Avenue, police said.

Police called to the scene found the teenager suffering from at least one gunshot wound and began CPR, according to cops and police scanner reports.

A 17-year-old boy was fatally shot Thursday only three blocks from the intersection where George Floyd was killed in Minneapolis. A picture of the crime scene taken by KSTP shows where police said the youth was shot dead near East 35 Street and Chicago Avenue 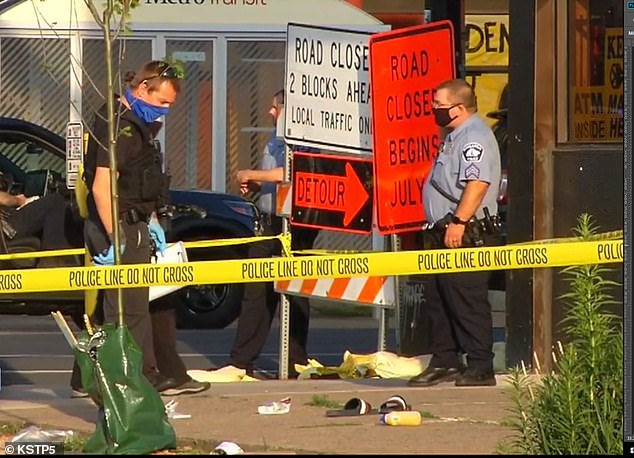 Cops are pictured searching the scene of the shooting of where the youth was fatally shot Thursday. Police called to the scene found the teenager suffering from at least one gunshot wound and began CPR. He later died after being taken to a local hospital

The teenager was rushed to a local hospital where he died, a police spokesperson told the StarTribune.

The youth’s death was the 37th homicide this year in Minneapolis, which has seen a rise in violent crime since since Floyd’s murder on Memorial Day.

So far, 274 people have been shot in the city, which already exceeds all of the shootings reported for 2019 and is 56 per cent higher than the average number of people shot during this time of year, reported the StarTribune.

Among the 37 homicides reported, ten alone took place in July. No one has been arrested in the teen’s shooting death

Cops are continuing an investigation into the incident, which took place three blocks from where Floyd, a 46-year-old black father of five, died during an arrest near the intersection of East 38 Street and Chicago Avenue.

White police officer Derek Chauvin has since been fired and charged with the murder of Floyd, after the ex-cop pressed his knee against Floyd’s neck for close to 9 minutes, leading to his death.

The murder was caught on video by a bystander who recorded the slaying, which sparked Black Lives Matter protests around the country calling for an end to police brutality and systematic racism. 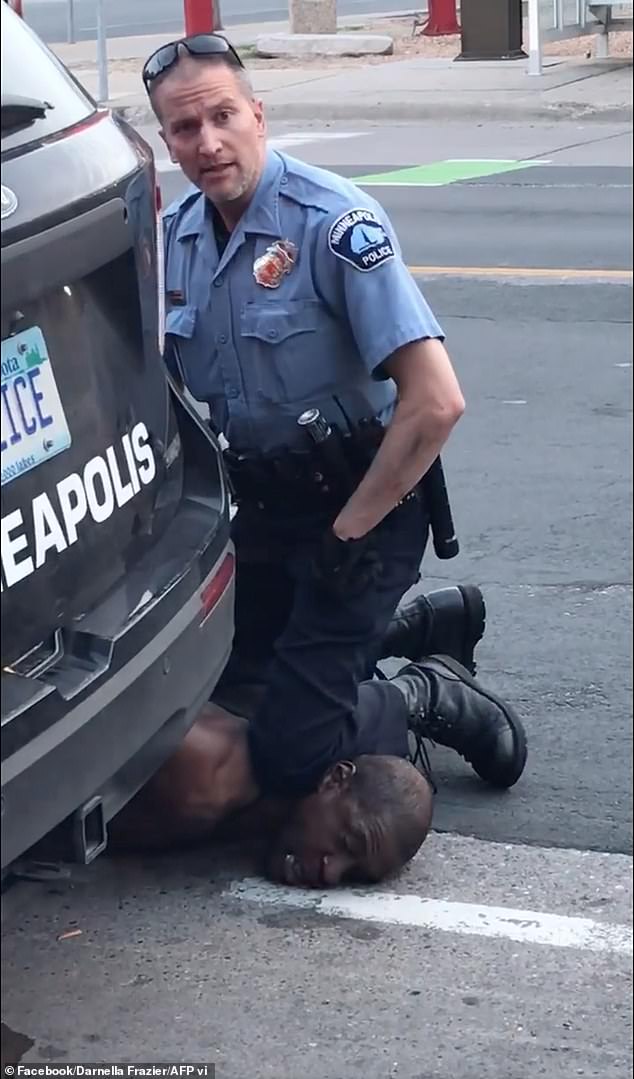 Former police officer Derek Chauvin is pictured pressing his knee against George Floyd’s neck for close to 9 minutes, during an arrest that lead to his death. The image was taken from video shot by a bystander

A shrine of flowers, votive candles and other memorials was built almost immediately at the scene of Floyd’s slaying and lasted for days as protests began across the nation.

The site is near the store that called the cops on Floyd for handing over a ‘fake’ twenty-dollar bill for a packet of cigarettes.

It was an employee of Cup Foods on the corner of 38 Street and Chicago Avenue who made the fateful 911 call to which rookie Minneapolis officers J. Alexander Kueng and Thomas Lane responded shortly after 8pm on May 25. 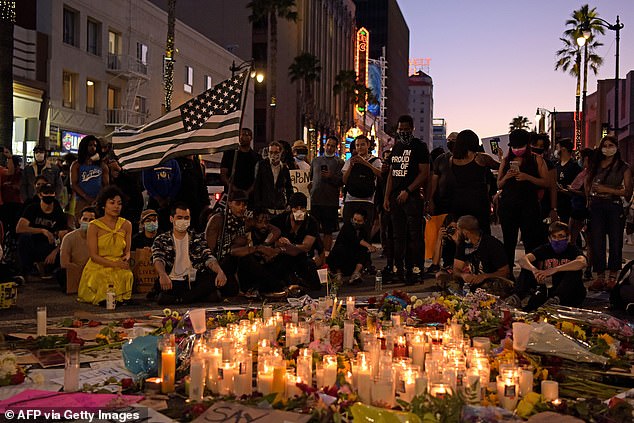 A shrine of flowers, votive candles and other memorials was built almost immediately at the scene of Floyd’s slaying and lasted for days as protests began across the nation 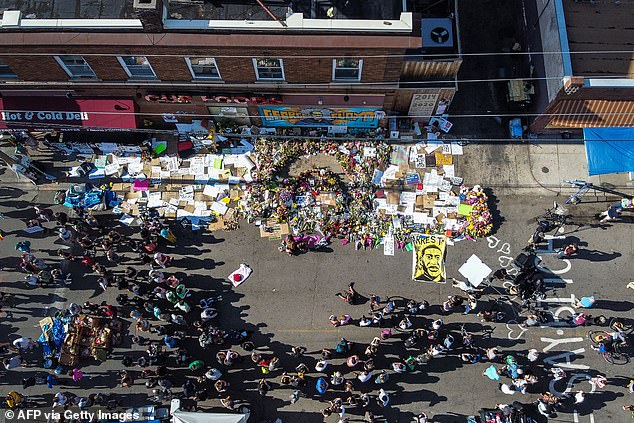 After Floyd was killed,  store owner Mahmoud Abumayyaleh worked alongside employees to cover the windows with pictures of the slain man and posters calling for ‘justice’.

Abumayyahleh knew Floyd and described him as a ‘big teddy bear’. He added that if he had been in the store that day the cops would never have been called.

Lawmakers in more than a dozen US cities responded to the protests following Floyd’s death with proposals to reform policing by defunding departments and reallocating financial resources to social needs and programs.

Minneapolis made the controversial move of considering a proposal to disband its department entirely and approved the plan by a unanimous city council vote of 12 to 0 on June 26.

New York City followed on July 1, after its council voted to slash $1billion from the NYPD budget.

Man’s girlfriend dies in hospital giving birth to their daughter

BBC & PBS Drama ‘Death In Paradise’ Returns To Filming In...