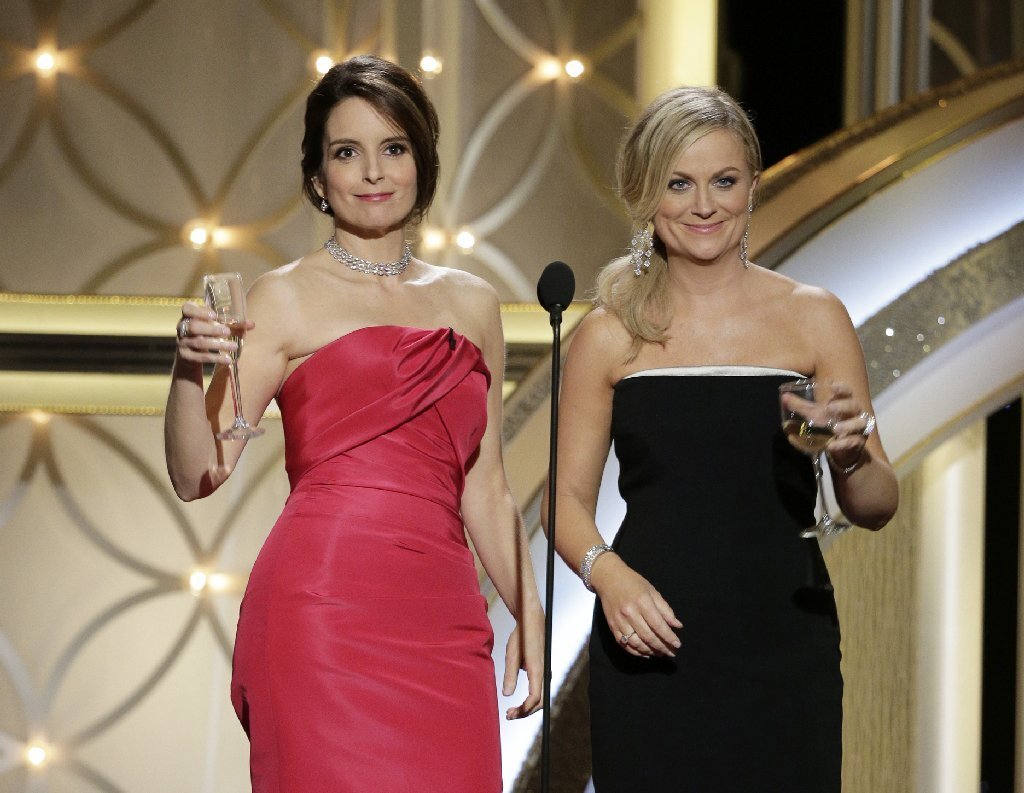 Tina Fey and Amy Poehler will return to host the Golden Globe Awards for the fourth time in 2021, NBC announced Saturday.

Golden Globe and Emmy winners Fey and Poehler previously hosted the Hollywood Foreign Press Assn. gala from 2013 to 2015, bringing their longtime rapport and banter to the Globes stage.

The “30 Rock” and “Parks and Recreation” stars were first hired to host the Globes in 2013, taking over from predecessor Gervais, who hosted for three consecutive years prior. Earning positive reviews, the popular duo came back to host again twice more.

Their return as hosts promises a shift in energy from Gervais’ performance Sunday at the 77th Golden Globes, widely criticized for its biting nihilism, in which even he joked he’d not be invited back. “You’ll be pleased to know this is the last time I’m hosting these awards, so I don’t care anymore,” he said in his opening monologue.

The announcement was made by NBC Entertainment Chairman Paul Telegdy, during NBC’s presentation at the Television Critics Assn. press tour in Pasadena.

“NBC has long been the home to two of the funniest people on the planet — Tina Fey and Amy Poehler — and we didn’t want to wait any longer to share the great news that they’ll be hosting the Globes once again,” Telegdy said in a statement.

Both Fey and Poehler have ongoing relationships with the network. Fey, with “30 Rock” collaborator Robert Carlock, is co-creator and executive producer of an upcoming comedy series at NBC starring Ted Danson as a businessman running for mayor of L.A.

Poehler, who made a surprise appearance to help break the news of her and Fey’s Globes return, also confirmed that “Making It,” the NBC crafting competition of which she is executive producer and co-host, will be returning for a third season.

The Globes announcement comes as awards show producers and hosts continue to search for the right approach to emcee duties in the face of steadily declining ratings. ABC confirmed earlier this week that the Academy Awards telecast on Feb. 9 will go hostless for the second year in a row. According to Nielsen, the 2020 Globes telecast averaged a 4.7 rating among adults 18-49 and drew 18.3 million viewers, down 1.5 percent from last year.

The 2021 Golden Globes telecast has yet to set a date.

Alec Baldwin Admits Challenges Of Having Little Kids At His Age

‘Standing Up, Falling Down’ Review – Variety