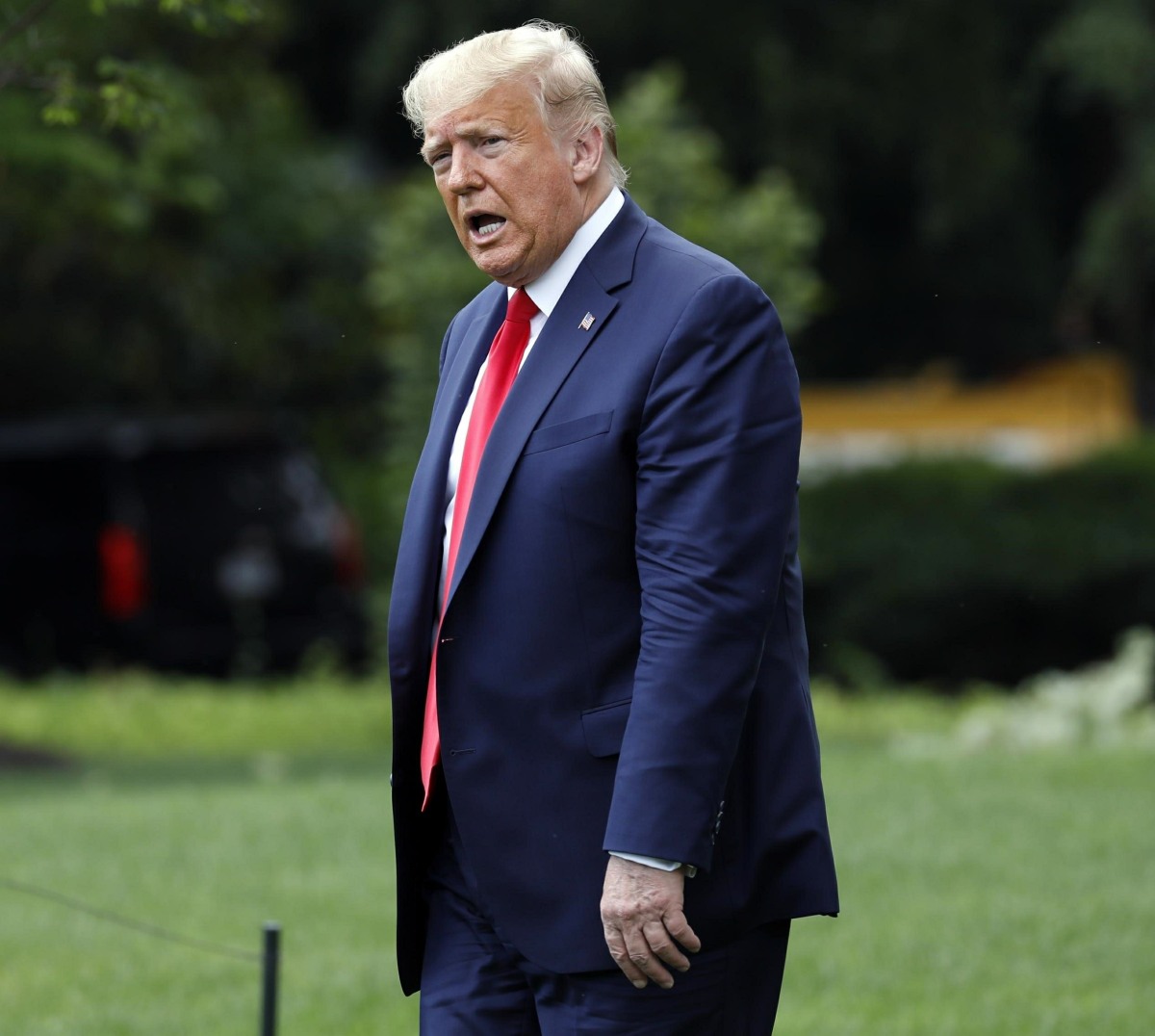 Donald Trump is a lunatic who makes bold pronouncements all the time. I’m almost surprised that he hasn’t announced that we’re going to war with the moon and that he’s going to build us a better moon, a biglier moon. Trump’s latest out-of-nowhere pronouncement is that he alone can do what no other president has been able to do: shut down TikTok. LMAO. I’m too old to TikTok but I love watching the short-form videos and I love to see how many people can be so creative and amazing with the limited time frame. TikTokers really are, for the most part, young people. And they’re using TikTok to get into politics and spread political messages. Trump really is an old man yelling at clouds.

Donald Trump abruptly announced on Friday that he plans to ban TikTok from the United States, telling reporters traveling with him on Air Force One that he could issue an executive order as early as Saturday to shut down the Chinese-owned video app.

“As far as TikTok is concerned we’re banning them from the United States,” Trump told the reporters traveling back with him to the nation’s capital after a trip to Florida, according to a pool report. Trump said he could use emergency economic powers or an executive order to ban TikTok in the United States.

“Well, I have that authority. I can do it with an executive order or that,” he said referring to emergency economic powers. (Later press reports questioned whether the president actually had that power to do so, and the ACLU tweeted that banning TikTok was “a danger to free expression and technologically impractical.”)

Earlier this month, Secretary of State Mike Pompeo said the U.S. was looking at banning TikTok as well as other Chinese social media apps, citing national security concerns. Pompeo added that the Trump administration was evaluating TikTok as it has with other Chinese state-backed tech companies like Huawei and ZTE, which he has previously described as “Trojan horses for Chinese intelligence.”

Not to defend the Trumpers, but I am also kind of uncomfortable with the fact that TikTok is a Chinese app and that China has already found a way to shut down videos of the protests in Hong Kong. I’m not saying that Trump has the authority to shut down TikTok (he does not) or that announcing it this way was the right thing to do (it was not). I’m just saying that it’s okay to be massively suspicious of TikTok in general.

But for something lighter – people are now convinced that Trump suddenly wants to shut down TikTok because he heard about comedienne Sarah Cooper’s videos and TikToks, where she uses the audio from Trump’s own press conferences and interviews in hilarious parody form. It could absolutely be about Sarah Cooper. But let’s not forget that TikTokers were behind the biggest disaster of Trump’s reelection campaign, the Tulsa Nazi rally catastrophe.

Behold, some of Sarah Cooper’s best TikToks, including her parody of the “banning TikTok” audio.

How to tick tack pic.twitter.com/1Mn8nk363f

How to more cases than anybody in the world pic.twitter.com/VA9bPJiQ6i

Tamar Braxton Thanks Boyfriend for “Saving My Life” in Heartfelt Message

I went to the dentist during coronavirus. Here’s what I saw