By Sophie Tanno For Mailonline

A nightclub in Lancashire has controversially become the first in the UK to reopen after lockdown despite a government ban.

The venue lies less than six miles from areas in the north western county which have been placed back on partial lockdown following a spike in Covid-19 cases.

Residents in five nearby boroughs of Lancashire as well as Greater Manchester and parts of West Yorkshire have been placed on localised lockdown.

Switch nightclub in Preston reopened its doors to party-goers on Saturday night after it was given the green light by council chiefs.

It comes despite Boris Johnson announcing last month that nightclubs across the UK must remain closed amid an easing of lockdown restrictions.

Footage posted to an Instagram account shows reveller in the busy venue, while dozens more queued up outside. 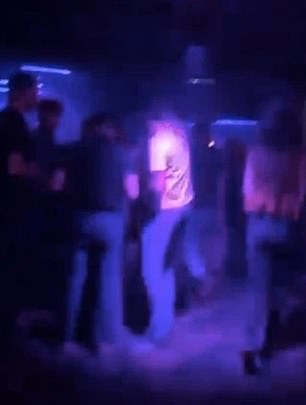 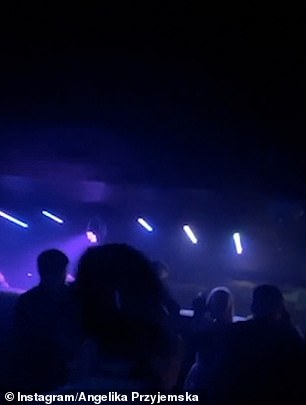 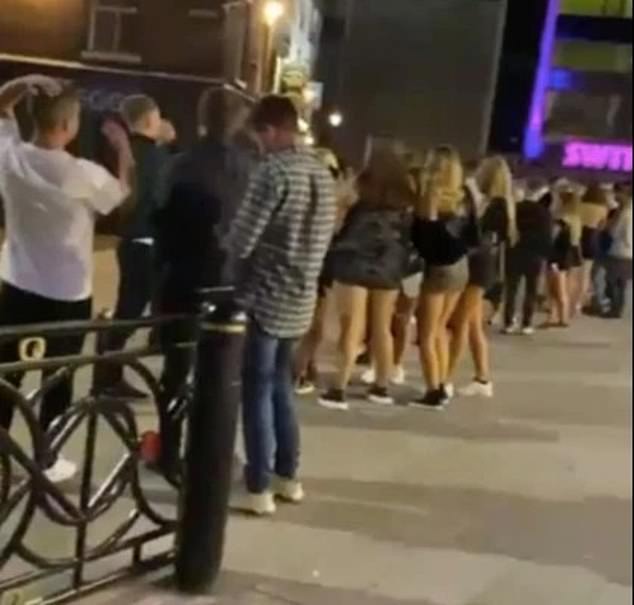 Footage on social media shows revellers in the venue, while dozens more queued up outside 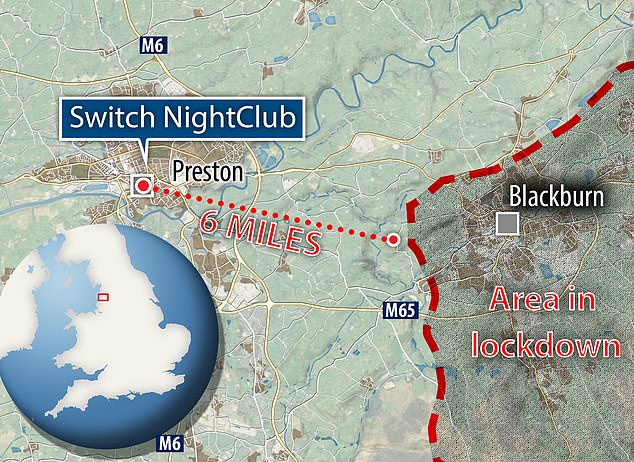 Some party-goers paid up to £200 for a ticket to enter the venue.

Preston City Council announced that the club was legally allowed to reopen just hours beforehand in a surprise U-turn from its earlier position.

In a statement at around 7pm on Saturday night, the Council said: ‘Following fresh external Counsel advice, Preston City Council has just informed Switch that despite yesterday’s clear Government guidance to the contrary, they are legally able to reopen.’

They added: ‘This is on the strict basis that Switch proceeds with the agreed safety precautions and do not allow dancing in the venue, the venue is now free to reopen this evening.’

The Council acknowledged that the decision was ‘a very different position to what we announced earlier. ‘

The announcement sparked backlash from furious locals. ‘This is an absolute disgrace!!! I’ve had to cancel my wedding with a weeks notice yet you’re allowing a nightclub to open!! Appalled by this!!’ one person wrote on Twitter.

Another said: ‘Absolutely ridiculous. We will end up in lockdown again by the end of the month.

One Twitter user accused the council of being ‘spineless’, while another insisted that the Council should withdraw the nightclub’s license on public health grounds.

‘Surely you still have the right to withdraw their licence on public health grounds? That is still a local decision. The councils integrity looks very poor after this U turn. How do you expect people to follow your advice to distance after this?,’ they wrote.

The Prime Minister reiterated last month that nightclubs across the country must remain closed despite an easing of lockdown restrictions.

‘Nightclubs, soft play areas sadly need to remain closed for now, though this will be kept under review,’ Mr Johnson said on July 17.

BTS share the title of their upcoming English single

| Donald Trump thinks he can ‘ban’ TikTok, is it because of Sarah Cooper?

Tamar Braxton Thanks Boyfriend for “Saving My Life” in Heartfelt Message