A ‘bafflingly stupid’ man has been sentenced to nine years behind bars after he was busted trying to smuggle 3.8kg of cocaine from Thailand to Australia in the lining of his suitcases.

Michael Alexander Curtis, 36, from the Gold Coast, had travelled to the Asian country in March last year where he picked up the drugs worth an estimated $1.14million.

After arriving back at Brisbane Airport with two suitcases, border patrol officers noticed they were ‘bulging’ and ‘unusually heavy’ after the little clothing inside was removed.

Curtis, who worked in agriculture, pleaded guilty to importing a commercial quantity of a border controlled drug at the Brisbane Supreme Court on Thursday, the Courier Mail reported. 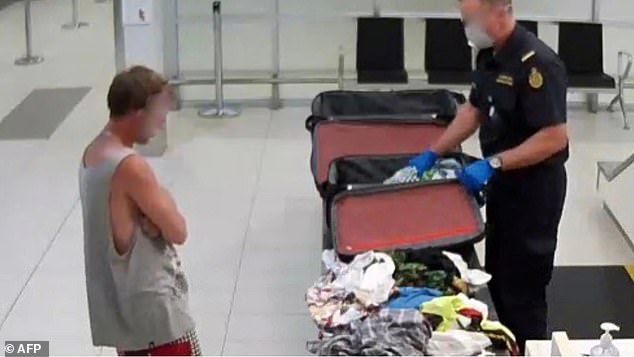 Michael Alexander Curtis, 36, from the Gold Coast has been jailed after he was caught trying to smuggle in 3.8kg of cocaine from Thailand into Australia

When Curtis arrived in Thailand he received encrypted messages from someone named ‘Radman forever’ who told him where to collect the cocaine.

The 36-year-old then arrived back in Australia with three packages carrying the drug.

Border force agents noticed the interior of the suitcases were ‘bulging’ and that there was tape and glue inside.

While his suitcases were being searched, Curtis received messages from ‘Radman’ who asked what was happening.

His defence counsel, Ed Whitton, said it was ‘almost certain’ that he would have been caught.

‘He agreed to do something which was bafflingly stupid,’ Mr Whitton said.

‘The packaging was rudimentary and appeared to be bulging.’

He said Curtis had a good work history and had only recently fallen back into partying after losing his life savings overseas.

Curtis will be eligible for parole after five years and three months behind bars. He’s already served 390 days in custody. 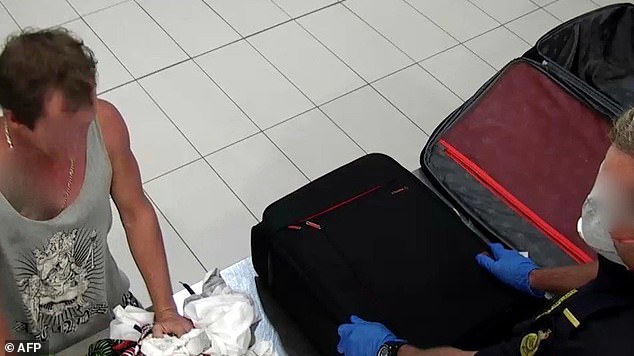 Curtis, who worked in agriculture pleaded guilty to importing a commercial quantity of a border controlled drug at the Brisbane Supreme Court on Thursday

The Best Top Chef Winners of All Time, Ranked