The look of love! Saoirse Ronan and her on-screen husband Jack Lowden appear to be MORE than just movie co-stars as they stroll hand-in-hand after a trip to the Co-op in West London

By Katie Hind Showbusiness Editor For The Mail On Sunday

It’s a look of love – and it seems to confirm the whispers that Oscar-nominated actress Saoirse Ronan and screen hearthrob Jack Lowden are more than just movie co-stars.

Saoirse, star of hit film Little Women, and Jack, her on-screen husband in 2018 movie Mary Queen Of Scots, were spotted strolling hand-in-hand after a trip to the Co-op store near her flat in West London.

And as she turned admiringly to her boyfriend as he carried the shopping, Saoirse couldn’t help but break into a smile. 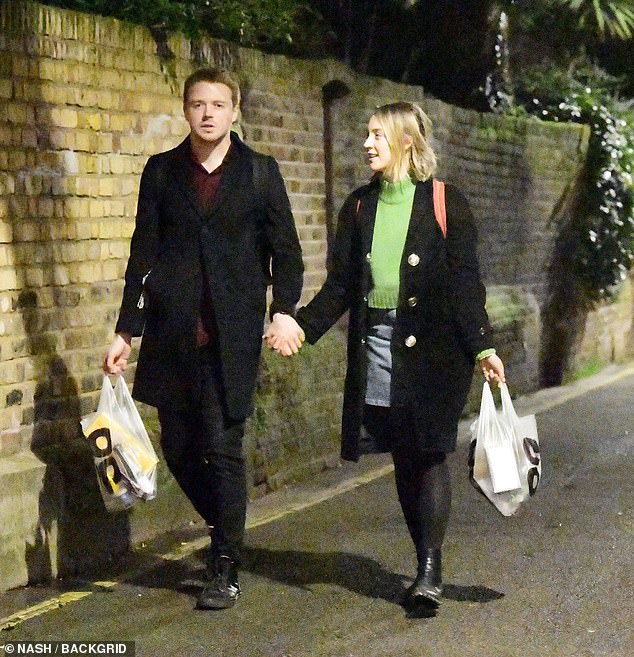 Saoirse Ronan and Jack Lowden in Mary Queen of Scots in character on set with Saoirse in the title role while he played the queen’s husband, Lord Darnley

Our exclusive picture comes just weeks after the 25-year-old Irish star had attempted to scotch suggestions that she was in a relationship with Lowden, 29. They shared steamy sex scenes in Mary Queen Of Scots, with Saoirse in the title role while he played the queen’s husband, Lord Darnley.

The rumours had begun just over a year ago when the pair were seen looking ‘extremely close’ at a party after a screening of the film in New York. But Saoirse denied Mr Lowden was her boyfriend. Asked if they were in a relationship in an interview last month, she replied: ‘Noooo…’

Pressed further on whether they were dating, she added only: ‘Just no…’

Jack has also been tight-lipped about his friendship with Ms Ronan, saying last February: ‘Oh, I’m not going to talk about that. I don’t like talking about that side of life.’

Saoirse grew up in County Carlow and Dublin and her name, pronounced Ser-sha, means ‘freedom’ in Irish. It first became a popular Christian name for Irish girls in the 1920s, a period dominated by Irish independence. 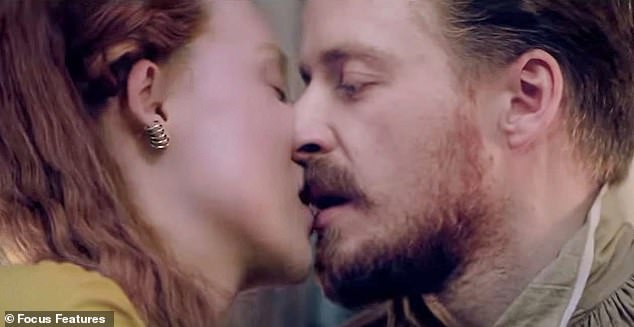 The pair shared steamy sex scenes in Mary Queen Of Scots, with Saoirse in the title role

The star is currently favourite to win the Best Actress Oscar next month for her portrayal of the iron-willed Jo March in the new film adaptation of Little Women, the much-loved classic novel by Louisa May Alcott.

The role earned her a Best Actress nomination at the Bafta awards.

Lowden is carving his own promising career, with roles in war epic Dunkirk and the BBC’s adaptation of War & Peace.