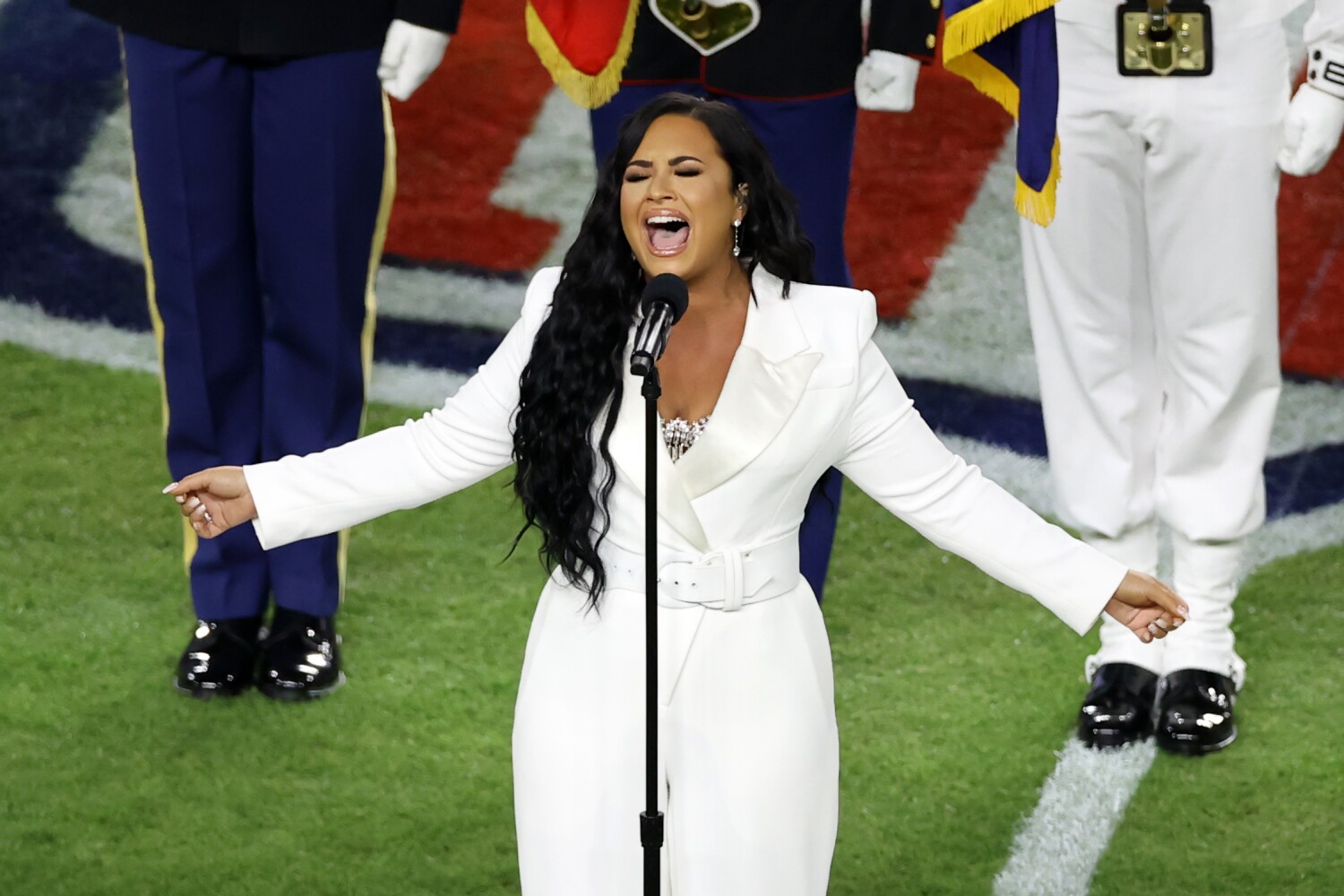 Pop star Demi Lovato cemented her return to the public spotlight Sunday with a potent and relatively unfussy performance of the national anthem before Super Bowl LIV in front of more than 60,000 fans on hand at Miami’s Hard Rock Stadium and a global audience of millions who tuned into the telecast.

The Super Bowl gig followed last Sunday’s spotlight performance during the 62nd Grammy Awards ceremony, during which she earned largely positive responses to new song “Anyone,” a cry for help from someone struggling to be heard and understood.

Lovato, 27, is working to put her career back on track after her stint in rehab last summer for substance abuse following a reported overdose.

Her reading of “The Star Spangled Banner” lasted 1 minutes and 50 seconds. The length of a national anthem performance has become the subject of intense scrutiny over the years, not only for the amount of time singers take but also for other elements of their performances as well.

Oddsmakers favored Lovato’s performance Sunday to come in under 1 minute 55 seconds, her average across a variety of high-profile performance at NFL games, World Series appearances in 2011, 2012 and 2015 and other sporting events.

Tapped in 2017 to sing it before the Conor McGregor-Floyd Mayweather Jr. boxing match, she extended “The Star Spangled Banner” to 2 minutes, 11 seconds.

Even that, however, fell well short of Super Bowl performances by peers including Natalie Cole’s 1994 performance that ran 2:32, and Alicia Keys 19 years later, pushing the clock to 2:36 in 2013, making her the current record holder for lengthiest rendition.

But only for Super Bowl performances.

On Thanksgiving Day 2016, Aretha Franklin shattered all previous national anthem renditions ahead of an NFL match-up between the Detroit Lions and the Minnesota Vikings, taking 4 minutes and 55 seconds to wend her way through a deeply gospelized reading of Francis Scott Key’s song.

The record for shortest Super Bowl national anthem performance belongs to Billy Joel, who wrapped it up in just 1 minute 30 seconds in 2007.

In 2018, Lovato released “Sober,” in which she appeared to describe the feelings of an addict who has relapsed. “I wanna be a role model,” she sings in that song, “but I’m only human.”

Her national anthem followed a reading of “America the Beautiful” by gospel singer Yolanda Adams.

Lord Lucan is ‘FOUND by son of nanny he murdered’: Fugitive...