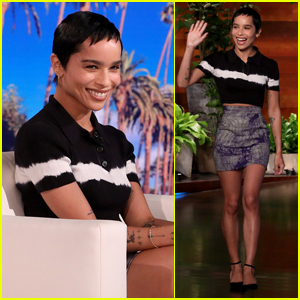 Zoe Kravitz is dishing on The Batman preparations!

The 31-year-old actress stopped by Ellen for an interview set to air on Monday (January 13), where she talked about playing Catwoman in the upcoming Matt Reeves-directed movie.

PHOTOS: Check out the latest pics of Zoe Kravitz

“I’ve been training a ton, which is great and hard,” Zoe shared. “It’s very physical. I come home limping every day.”